Ranked among the top sporting schools 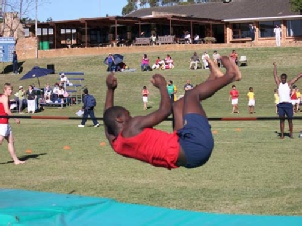 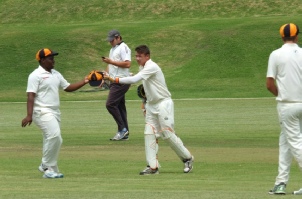 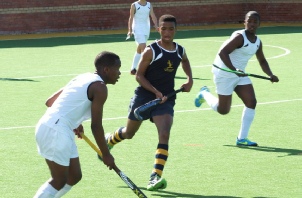 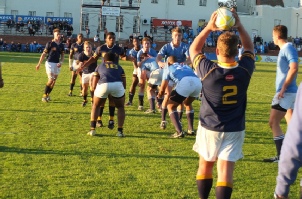 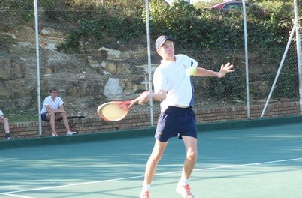 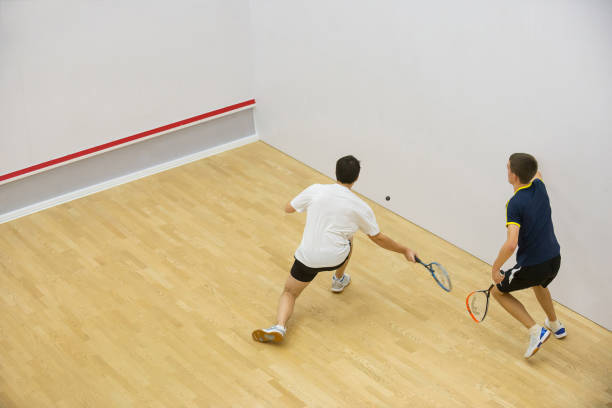 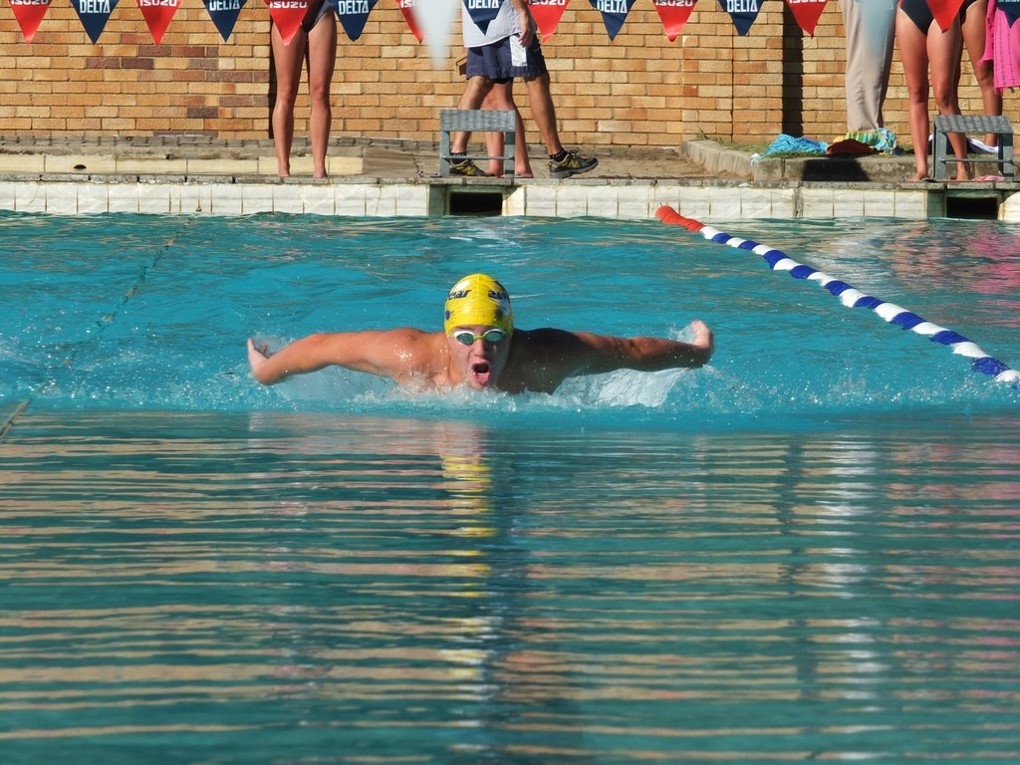 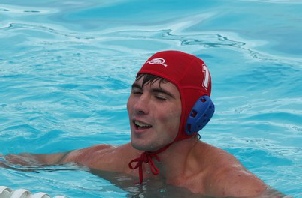 Graeme College ranks among the top sporting schools in South Africa. It has produced numerous sportsmen who have gone on to represent provincial and national teams across a broad spectrum of sports. A wide variety of sporting activities is offered at the school and the boys are encouraged to be involved in as many as possible. While rugby and cricket remain the traditionally dominant sports, numerous others are available. Graeme sportsmen show tremendous competitive spirit in all they attempt, but this is never done at the expense of good sportsmanship. Graeme College sports' teams are particularly active, enjoying frequent tours, both throughout South Africa and abroad.

Evidence suggests that youngsters benefit most from their school years when they involve themselves in the activities of the school. Organised sport plays an extremely important role in this regard. For this reason, we expect our pupils to take part in at least one winter and one summer sport, unless a medical condition precludes participation. Sport at Graeme is conducted under the supervision of the teaching staff or carefully selected external coaches. We expect our pupils to participate in accordance with the highest standards of sportsmanship in the tradition built up over many years.

The staff are heavily committed to the coaching and administration of sport. The school also runs a sport-for-life programme, as part of its physical education package, with the boys being introduced to volleyball, badminton, basketball and soccer, amongst other sports.

Junior athletics takes place in the third term. We start with the junior cross country, Round-the-Block relay and then track and field events. The boys partake in practice for events during Physical Education lessons and practice in the afternoons in preparation for the annual Interhouse Athletics Day. The best athletes are then chosen to represent Graeme College in the Triangular Athletics Meeting in which our athletes participate against athletes from Kingswood College and St Andrew’s Preparatory school.

Graeme College has its own Athletics' Day, held at the end of the third term, where boys can compete in various track and long distance events. In addition to this, they may also compete in long jump, high jump, discus, shotput and javelin. Shortly after Athletics' Day the top athletes are able to compete for the Hirsch Shield and later participate in a quadrangular which involves Grey College, St Andrew's College and Kingswood College. Athletics' season is a busy season and one where boys rise to the challenge of attaining their personal goals.

The junior cricketers have a busy term and boys can play in the following age groups:

The U9 group loyally attend practices and play their matches with great enthusiasm.

The U11 group play a number of games and their main aim is enjoying the game, participating and making new friends.

The U13 team boys slowly gain confidence as many of them are U12 still. They have wonderful practice sessions that keep the team's spirits high. There are three teams for the U13s and care is taken to ensure that regular attendance at practices is rewarded with matches.

Cricket continues to be the most popular sport during summer and the fields and pitch take a pounding. The First XI are invited to attend Cricket Festivals all over the country and maintain a high standard.

Cross-Country is a popular sport for boys wanting to do endurance training and compete in the long distance events in athletics' meets. These boys train hard and compete in many of the shorter local marathons.

Hockey is an alternative to rugby in the winter season and currently comprises an open and U16 team. These teams practise on the Rhodes University Astroturf and are regular competitors in the local leagues. Regular fixtures include the local schools, as well as the big boys' schools in the Eastern Cape. The U16s are privileged to attend two hockey festivals, namely the Queen's College U16 Tournament and the St Andrew's College U16 Tournament. The open side remains enthusiastic, approaching all games with great gusto and derive particular enjoyment when competing against either Kingswood or St Andrew's Colleges on our big derby days.

A committed, energetic and knowledgeable rugby coaching staff ensure that the high standards that Graeme has set on the rugby field continue to be maintained. Nine teams can be fielded on a day. The junior teams continue to attract enthusiastic spectators and these teams are full of character and spirit.

One of the first documented schoolboy matches played in South Africa took place between Graeme College and St Andrew's College in 1878 and the rivalry continues to this day. Other time-honoured fixtures include those against Grey High, Selborne College and Kingswood College. Prominent old boys who have represented the school on the professional sports’ field include Daniel (Cheeky) Watson and World Cup winner Hennie le Roux. Interestingly, both Peter Reed, our previous headmaster and Brendan Grant, a previous Deputy-Headmaster and 1st XV Coach, previously coached the Selborne College and Grey High School 1st XVs. Despite having only 350 boys in the senior school, rugby has remained a very popular sport at Graeme College and there are six open sides. Graeme has produced some outstanding rugby sides which have done their school proud at the various rugby festivals.

Tennis is well-supported by the junior school boys and they can compete in team tennis as well as social tennis, where they participate and make new friends. Mrs Cherie Biggs has also been appointed to assist with the coaching of talented junior players and her hard work is certainly making a difference. Between her and the staff coaches, we have noticed some excellent results coming through.

Graeme players are well represented in the Grahamstown and District Championships/Albany Trials. A Grahamstown team is selected after this tournament to play against Midlands and Border Schools.

A titanic battle ensues when the Knowling Shield is competed for by Graeme, Kingswood and St Andrew's. This shield determines the top school team in Grahamstown.

The Warwick Bailey Cup is the competition that determines the school's actual tennis strength, as players from the U10 age-group up to the Open age-group compete. Graeme College, Kingswood College and St Andrew's College compete for this cup.

Squash is a very popular sport with both the junior and senior learners at Graeme College in excess of forty boys playing on a regular basis every week.  Two squash courts are available on our premises and they have recently been refurbished.  We offer squash coaching for junior and senior boys as part of our extra-curricular activities.

Graeme College has, in the last few years, entered at least four teams in the local Makana Squash League, allowing the players to match their talents against a wider range of opponents.  The players attend various tours and tournaments including the St Stithian’s Festival, Bloemfontein Festival, Port Elizabeth tournaments and many more.  Graeme College is proud to say that we have many players representing Eastern Province at inter-provincial tournaments every year, which are held all across South Africa.

Swimming season always gets off to a bustling start as many swimmers vie for records and try to break each other's best times. While competing in many galas, the highlight of the season for many is the annual Inter-house gala, held in February.

Senior swimmers compete in Eastern Province trials and from there might be chosen to go through to the South African Championships.

The relay galas, as always, provide much tension and excitement with parents and swimmers running up and down the poolside. The relay galas also give boys the opportunity to be selected for the Eastern Province Relay Gala. Boys are also selected to swim for Albany in the Inter-regional gala.

Junior swimmers have the opportunity to take part in the Inter-District Relay Gala where the competition is particularly stiff to get selected for one of the Eastern Province squads. They are also given the opportunity to compete in the inter-house gala.

Foundation Phase boys enjoy a fun-filled day when they take part in their annual Splash Gala. Parents also get to put their swimming skills to the test in the Parents' Race.

Water polo is the alternative to cricket in the summer season and what nicer sport to play in the sweltering Grahamstown February temperature. Graeme caters for an open team and an U15 team. The first team, made up of a selection of Grade 10, 11 and 12 boys, approaches all competition with spirit and gusto. There are many dedicated and crafty players and they have many opportunities to use their skills.

The first team takes part in the Grey High School Festival and the St Andrew's Festival, but the highlight of every season is the Vides' Tournament hosted by Selborne College in East London. Here Graeme holds their own against the top water polo-playing schools in the country. More tournaments are being established as more schools bring this sport into their curriculum.

The U15s are offered similar opportunities and really enjoy learning the game. They too take part in many competitions and also look forward to their big tournament, also hosted by Selborne College, which takes place at the beginning of the September holiday each year. For many U15s, this is the perfect time to display how much they have learned and a marvellous time is usually had by all

Give us a call:

Send us a message: